The weekend was “shaky”! A new record was set with 5.0 on the Richter Scale (yesterday over 2800 earthquakes). The inhabitants of Grindavik woke up in the middle of the night. The earth shook heavily for almost 20 Minutes. To ease their minds and to calm the dogs down people went for walks or drove around. Because the area was out of electricity the government sent its warship to Grindavik. The ship can produce electricity should anything happen again. After approx 4 hours the electricity was back on in Grindavik. However, Selfoss was next and lost all power for several hours. In Selfoss, people believe that it was a large rock that fell down a mountain that caused the shortage.

Several changes in the landscape are visible and some roads suffered from the earthquakes. 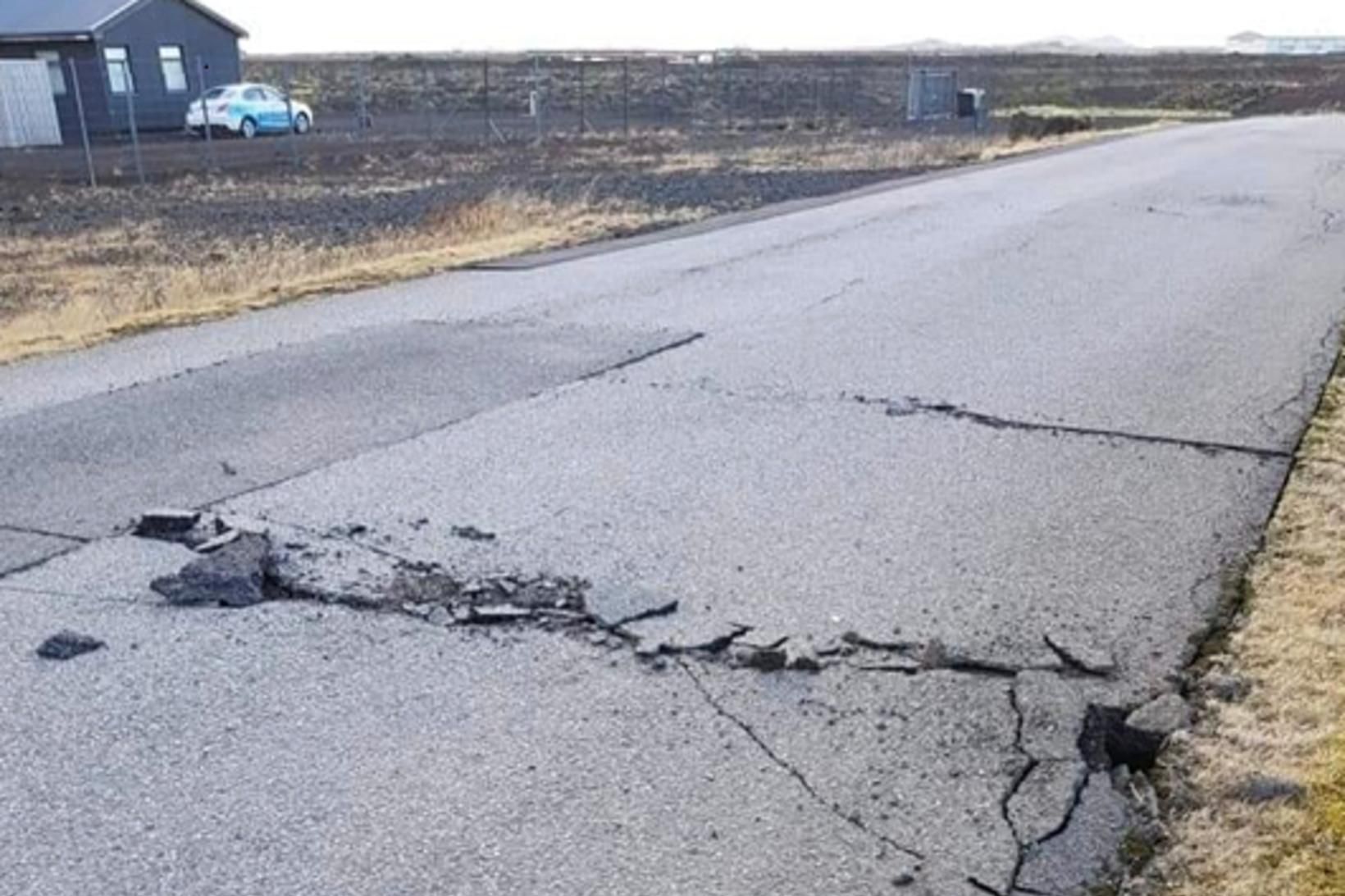 A special department of the University of Iceland states that the volcano may erupt in different places than stated before. They think that 4 areas could be the place where a volcano may erupt. The names:

All these places are far away from buildings and the most likely eruption place is Fagra­dals­svæðinu (the area of Fagradal, Fagradal means beautiful valley).  It is highly unlikely that an eruption can take place in all the areas stated above. These statements are of course just speculations at the moment. The university clearly informs that there is still uncertainty if and where the volcano may erupt.

In this picture, you can see the village Grindavik. The red dots are the area where the volcano may erupt and where the magma can flow. 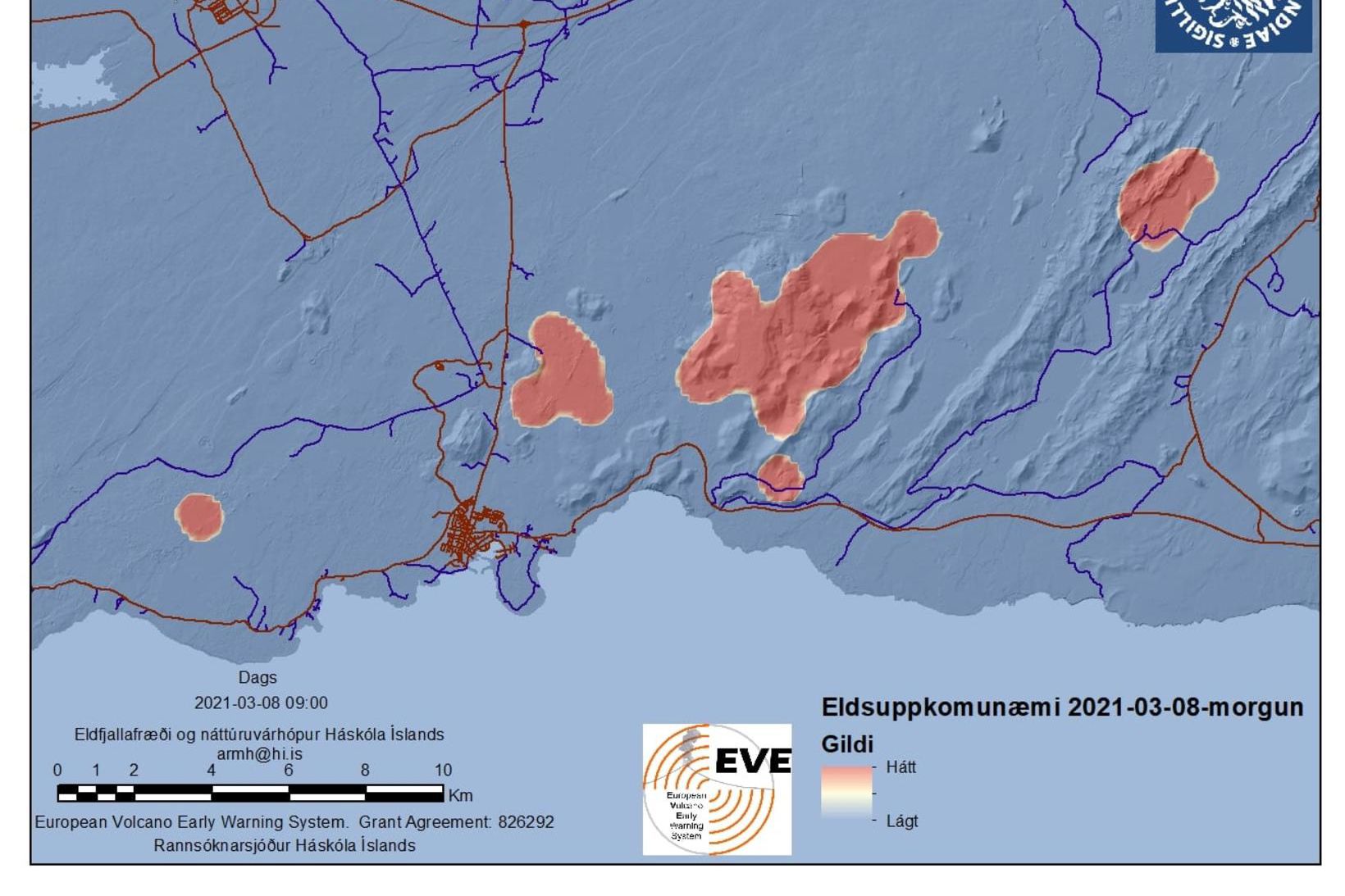