The original and protected Brand, founded 2001

Camper Iceland was founded in 2001 and the domain camper.is was added for the first presentation of our service. Back then, we brought a vehicle to the annual Nordic fare called Vest-Norden. The idea of renting campers, especially camper vans came up because it was difficult to find accommodation back then. We found nice people in the United States that rent out recreational vehicles (RV) called Road Bear RV. Turned out that they are half Swiss like us and that seemed a funny coincidence. They had built a smaller VAN that was exactly what we needed. In the first year we added 3 vans and called them EURO CRUISER, a non-highland camper but still perfect for Iceland. Back then people mainly wanted to drive around Iceland where most of the hot spots are. The need for the van, built on the Dodge B-250 and B-35o  grew, and we added a new type called Royal Cruiser. The difference between these vehicles was that the Euro Cruiser was suitable for 2 persons and the Royal Cruiser was set up for 4 persons. 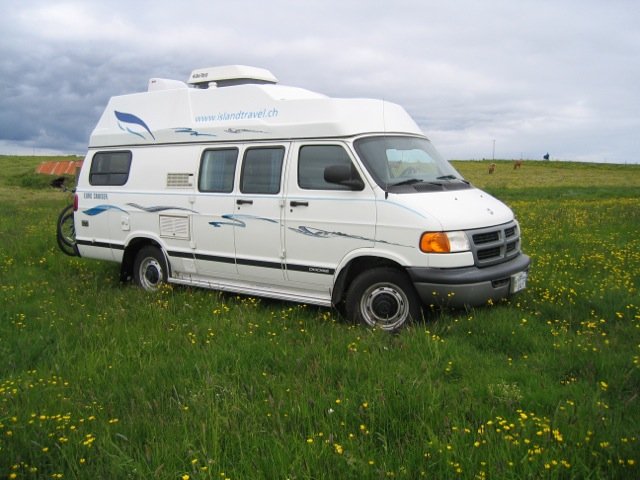 The company grew larger, and soon we had 27 of these vehicles. Most of our customers where Swiss travelers that learned about the product on the Swiss fares in Zürich, St.Gallen, Basel and Bern. People liked the fact that we are a family business and that we spoke Swiss-German and Icelandic, hence we could tell them all about our home country, Iceland. Wild camping was still legal back then, so all our customers could camp outside private property for 24h or ask the owner of a property if they could stay there. We asked our customers to respect one rule: “Always leave the place you camped cleaner than you found it”. A rule that was respected ever since. In 2004 we joined forces with Hertz car rental and bought their motor homes and continued to add new motor homes. This was the birth hour of our Motor Home fleet. It was until 2006 that we remained a “two-wheel drive only” company.

In 2007 we joined forces with AVIS & Budget and now ran a combined fleet of Vans, Motor Homes and the 4×4 Campers from AVIS. The first year we used the third generation Dodge Ram 1500, with the legendary 4.7 Magnum V8. The pop-up camper was the way to do it back in those days, however that would soon change. In the end of the year, the CEO asked the board to be allowed to change the pop-up camper to a hard side model. In 2008 Camper Iceland was the first company in Iceland to rent hard side campers. The year was good, but as many of you know the financial crisis hit Iceland pretty hard and loans tripled overnight. The Icelandic Króna was declared void in many countries. For Camper Iceland, this was a challenging moment because most Motor Home dealers and garages went bankrupt around us. We could not get spare parts for our vehicles, hence we drove to Italy where the producer of the motor homes is based and asked for a meeting. After the meeting, we were the new dealer for Iceland and had access to all spare parts again. Back in Iceland we opened our own garage to be able to fix our vehicles.

Because the Icelandic Króna was cheap, Iceland became a good place to travel to. For many people, Iceland was more than affordable, it had changed from being super expensive to super affordable. 2009 We had so many requests that we had to buy more vehicles and the fleet grew to approx. 80 vehicles. Soon enough we had a volcano called Fimmværðuháls and it attracted even more people. The volcano stopped from one minute to the next and people thought that that was it. However, on March the 20 2010, Eyjafjallajökull erupted and Europe stood still. The British government wanted Iceland to pay them money because of the crisis, but Iceland won the law case and wrote: You want cash, we send you ash. Many people feared that the travel industry would suffer from this volcano but actually in our opinion it caused the big boom.

The boom hit Iceland and we Icelanders could not handle millions of tourists with our population of 320.000 persons in total. Unfortunately, the boom also caused an explosion of travel products and of course copy cats. If you google “Camper Iceland” our protected brand you will understand what we are saying. Many companies used the boom to get free advertisement by causing bad things. People were told that if you find something in Iceland, you can eat it. People were told that they could rent a mini camper and just go to a guest house to use the restroom. People ripped moss from the ground to isolate their tent. We could go on and on, but the sad thing is that “wild camping” became illegal in 2015. All our work to inform customers, all instructions and good will was destroyed by a few.

Our fleet reached a size of 180 vehicles on rent and a total of around 200 vehicles in stock. Camper Iceland was now running a guest house near the airport, a guest house in the west and the Camper Rental Station.

In 2018 we decided to focus on what we do best and sold the guest house. We started to reduce the fleet back to 90 vehicles when COVID-19 hit the world.

The new world crisis lead to a complete stop of booking requests. Instead, our company changed to a Motor Home dealership because Icelanders now wanted to travel in our country.

Who knows what tomorrow brings, but if COVID taught us something, it is to appreciate what you have. Take good care of the nature and allow it to recover. Our family business is one of a few companies in the branch that does not belong to some big Fortune 500 company. Camper Iceland has been around for over 20 years and will continue to be zour Nr.1 Camper, 4×4 Camper and Motor Home rental company.

We look forward to see you in Iceland! 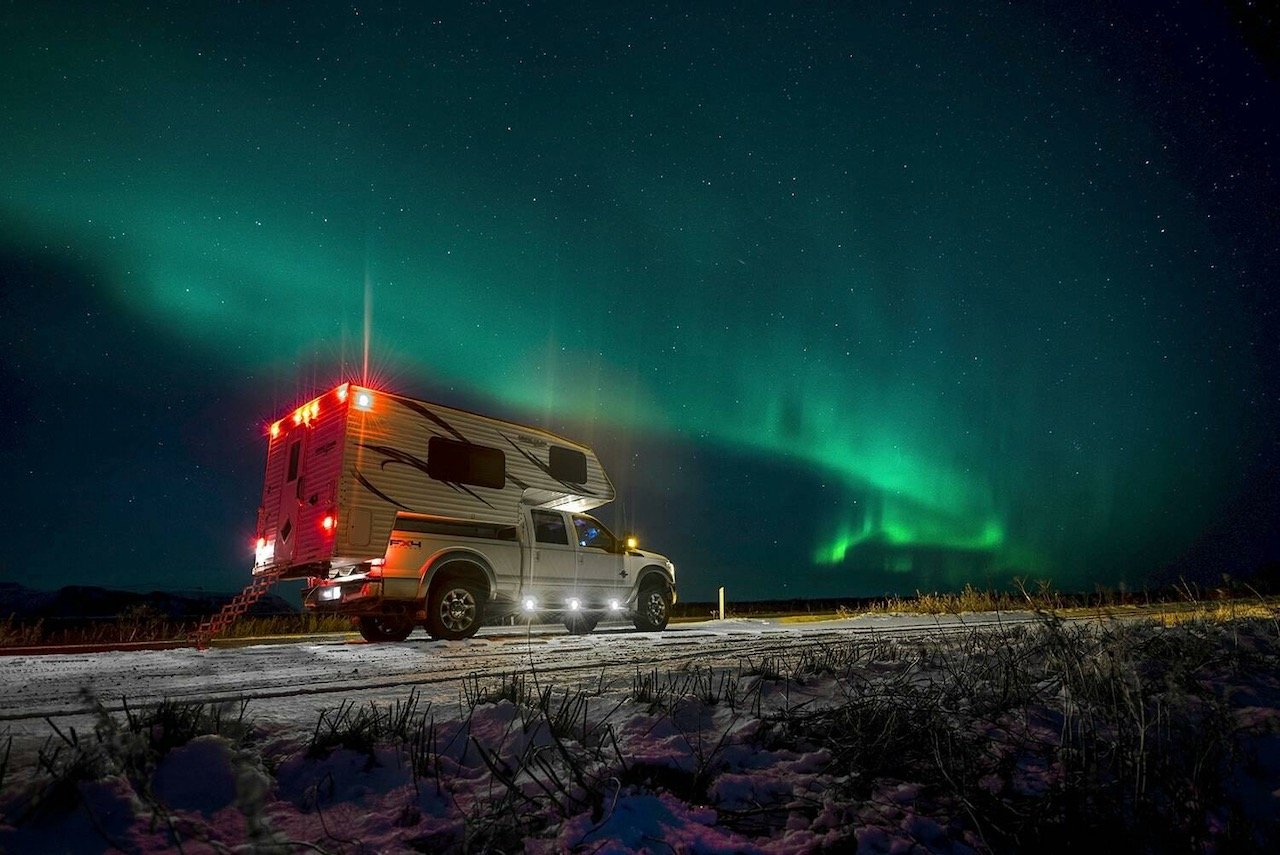 Protected by the Icelandic Law

Tags, Words and all our Cities / Villages