Volcano continues to be active

Þorvaldur Þórðarson, professor of volcanology at the University of Iceland, says there is no indication that the eruption in Geldingadalur is coming to an end, even though the visible lava flow is changing. The lava has now become rock lava, which insulates much better and enables the lava to travel longer distances faster.

The appearance of the eruption has changed considerably in recent days, but Þorvaldur says it can be traced to the fact that gas bubbles have been rising rapidly through the column and caused unrest. For some reason, now both the gas bubble formation and their rise have levelled out, and therefore the lava flows evenly out of the crater.

It is likely that the lava pool has risen

He says it is probable that the lava pool itself has risen and that is why the lava is now leaking out of the crater instead of bursting out of it, as there is little indication that the canyon has decreased and caused the change in this way.

“What we are seeing now in the crater is really just an overflow, and it is clearly not the main access vein into the lava field itself, it is down there. There is also a roof over the lava river. It is under the crust now and there is a lot of flow there, “says Þorvaldur.

“What is very interesting is that what we see in the crater has no effect on the lava flow. The lava river does not rise or fall in accordance with what can be seen on the crater. There is clearly something bigger down there that maintains the flow into the lava river. We really only see the overflow. ”

The crater says little about the state of lava flow

Therefore, it is difficult to look at the changes we see in the crater itself and put together a signal between them and the lava flow as a whole.

“There is no indication that the eruption is slowing down, it could well be that it did, but nothing at the moment that tells us that it has happened,” says Þorvaldur. 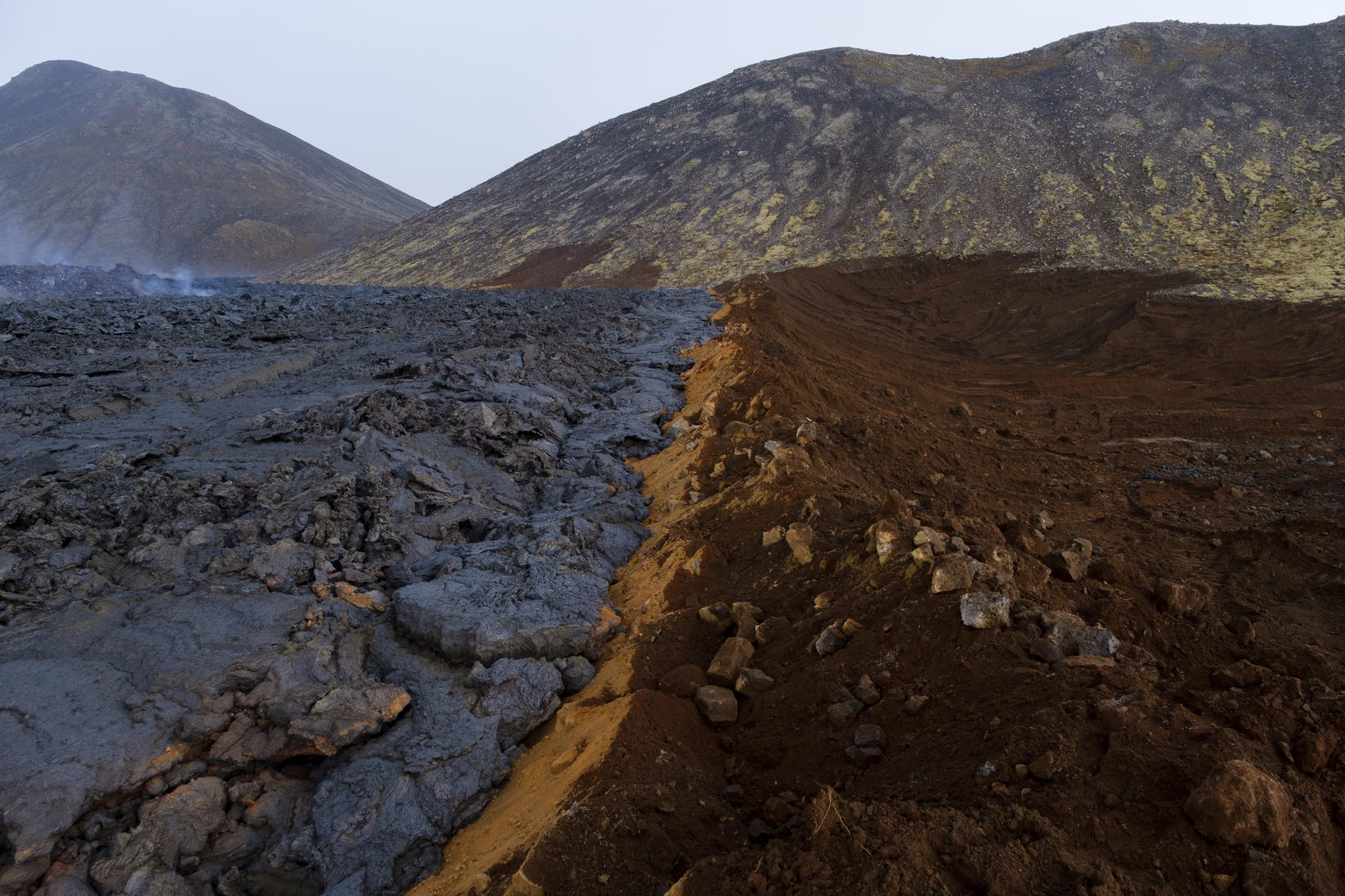 Do you anticipate that the lava will flow longer distances and faster?

“The better isolated the system is, the hotter the magma stays and the easier it is to get further.”

So the magma is on its way out to sea as it is right now?

“Yes, it will go there in the end if the eruption continues. We can not stop it. However, it could take months if not years to get all the way there. Coagulated lava is a very good insulator. The crust of the lava is only ten centimetres thick, then ten centimetres into the molten lava which is 1200 degrees Celsius hot, but the surface is only 70 to 80 degrees Celsius. Incandescent lava is considerably slower to navigate because then there is heat radiation that loses heat much faster and causes the lava to harden and stop sooner. ”

The transport system under the crust

“Now the eruption is in a transmission system, it just continues at a steady pace. This type of lava flows over the landscape. There is nothing to run it just walks all over, maybe takes bigger steps sometimes. A good example of how important this insulation is, is that all the earth’s longest lava flows are caldera. Iceland’s longest lava field, Þjórsárhraun, is, for example, caldera lava. ” 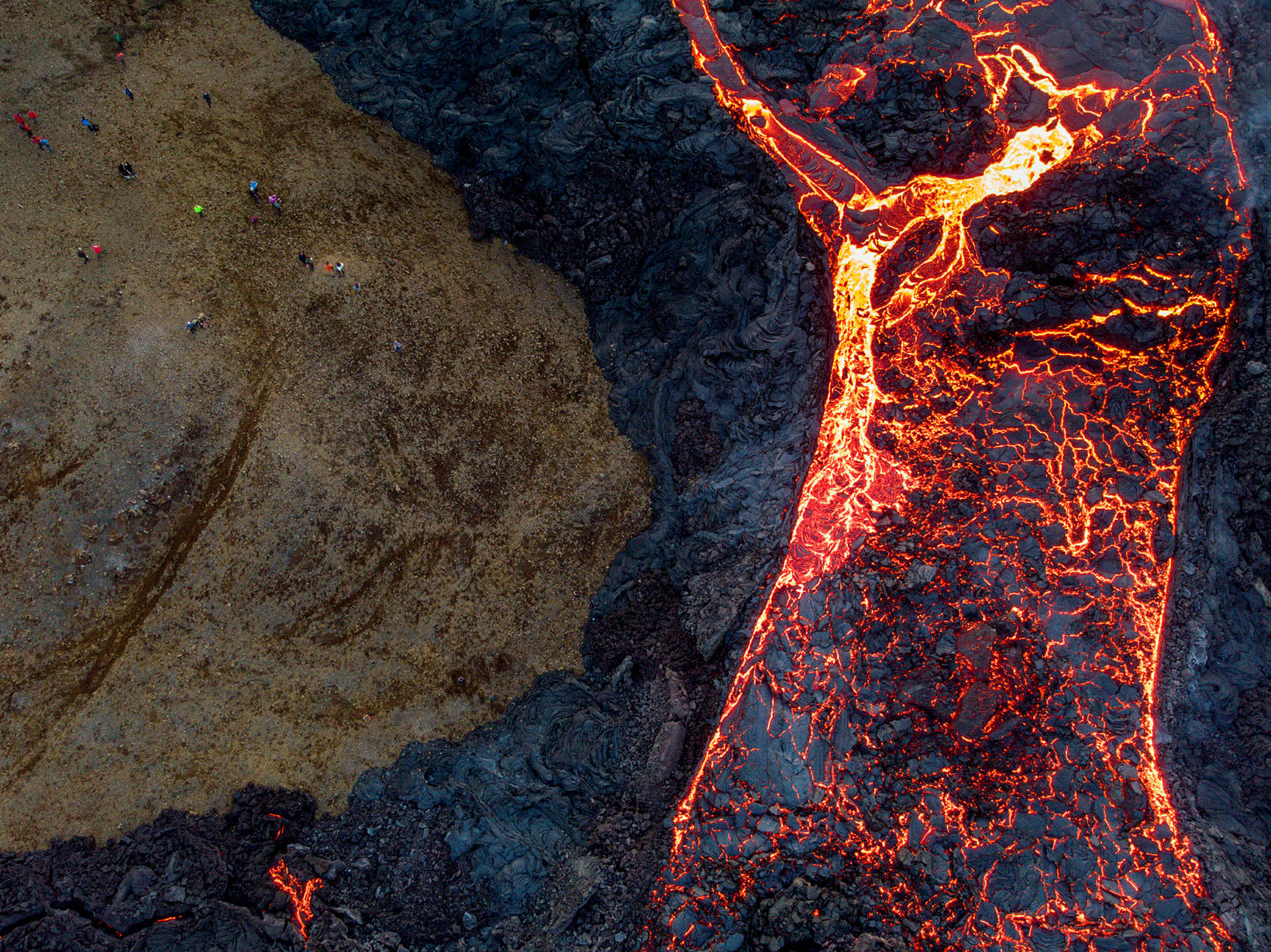