The signs and proof that magma is now flowing straight up are getting stronger. At the same time, the vertical movement of the magma has decreased. According to Morgunblaðið the magma is now only one kilometer from the surface. At first, we learned that the magma was 15km deep, then 5km, and on the weekend 2km. 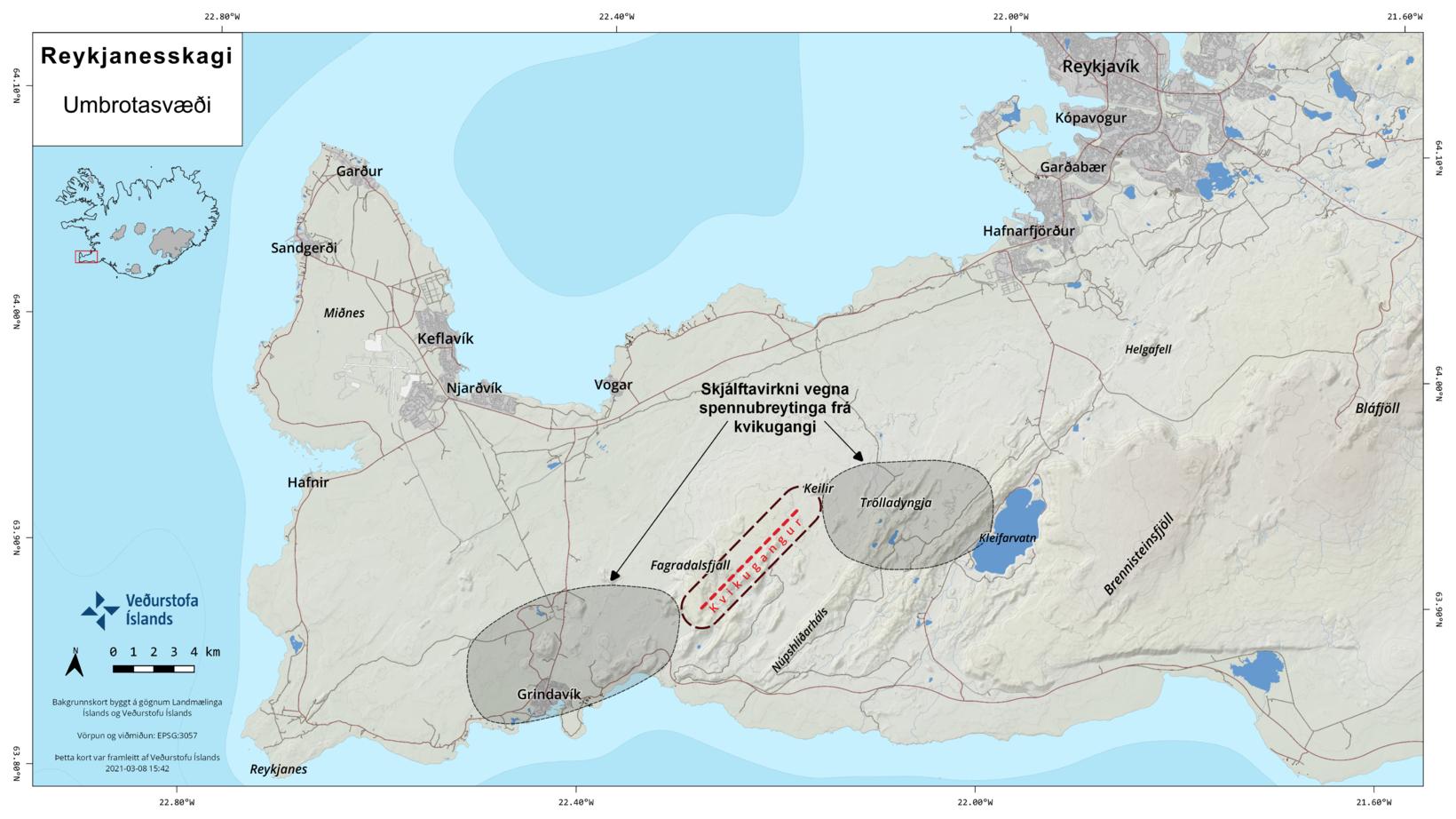 “During the process of increased and shallow flow of magma, it is still likely that a volcano may erupt,” says Krist­ín Jóns­dótt­ir, Earthquake hazards coordinator of the government during an interview with Morgunblaðið.

Earthquakes on both sides of the magma channel

Kristín states that the magma channel is similar to a wound. in the middle of the channel the magma flows and on the outer side the landscape is sore. The outer side has the most tension. The tension on both sides of the flow is the reason for the earthquakes. These earthquakes are close to Þor­björn and Grinda­vík southwest of keilir and northeast of Trölla­dyngja. See the picture above for more details.

In the picture, you can see the magma channel. The channel has moved 1 til 1.5 km to the southwest in the past days.

Fagra­dals­fjall remains the most likely place of an eruption

The Meteorological office works with GPS sensors, satellite images, and more technics. kristín states that if all these data are taken together a clear image can be drawn of the magma channel and that the signs indicate a magma flow at the mountain Fagradalsfjall. The most movement and earthquakes are at this location right now.

The prediction of the future is that the happenings will be divided into certain chapters. Earthquakes of similar sizes as in the last days may occur. As a reminder of our last posts, the earthquakes were mostly at night and some days were easier than others. Perhaps this is the reason why the inhabitants of Grindavík state that it is difficult to get used to earthquakes. The earthquakes are never the same(different timing, length, and strength). In the statement of the government, it said that an eruption is still likely.

Here are the 4 scenario

Translation from Icelandic by Camper Iceland